FILE PHOTO: Migrants seeking asylum in the U.S. stand by the border fence while waiting to be processed by the U.S. border patrol after crossing the border from Mexico at Yuma, Arizona, U.S., January 22, 2022. REUTERS/Go Nakamura/File Photo

A private prison company will run a new U.S. pilot program that would place hundreds of migrants caught crossing the U.S.-Mexico border under house arrest, the U.S. Department of Homeland Security (DHS) told Reuters, an approach that critics say is an extension of for-profit detention.

BI Incorporated, a subsidiary of the private prison company GEO Group, will operate the so-called “home curfew” pilot program, a DHS spokesperson and two U.S. officials said. Immigrants enrolled in the program would be confined to their place of residence in the United States for 12 hours a day and monitored electronically while waiting for their court hearings.

Reuters and other outlets reported last week on the new program, which will generally require immigrants to remain in their residences from 8 p.m. until 8 a.m.

The Biden administration has greatly expanded so-called “alternatives to detention,” such as ankle bracelets and monitoring via mobile phone. The selection of a private prison company to run the home curfew pilot shows how companies could retain a strong foothold in the world of immigration enforcement.

GEO Group declined to comment and instead referred questions to U.S. Immigration and Customs Enforcement (ICE), which oversees immigration detention and falls under DHS. When asked about the program, a DHS spokesperson referred to the program as part of “impactful detention reforms.”

So far, however, Biden has failed to deliver on a campaign promise to do the same for immigration detention.

There are currently 21,000 immigrants in federal detention facilities, up from 19,000 on Sept. 30, 2020, before Biden took office. Immigration detention centers are operating at reduced capacity due to COVID-19.

The current detention population is still much smaller than the pre-COVID levels under former President Donald Trump, a Republican and immigration hardliner.

The Biden administration has closed two immigration detention centers and told ICE to narrow who it targets for arrest, with a focus on serious criminals.

Amid Biden’s executive order on jails and the prospect of fewer immigrants in detention, two of the country’s largest private prison companies, CoreCivic and GEO Group, have been looking at detention alternatives, including remote monitoring as a continued source of revenue, according to transcripts of recent conference calls.

About 164,000 immigrants are currently in alternative-to-detention programs, according to ICE data, roughly double the total on Sept. 30, 2020, before Biden took office. The administration is asking Congress for funding for up to 400,000 enrollees, Reuters reported last week.

BI was awarded a $2.2 billion federal contract in 2020 to administer such programs, according to federal contracting records. CoreCivic disputed the contract, saying it had proposed a lower price for the service, a subsequent U.S. government report said – a sign of growing competition in the market of remote monitoring.

In his first year in office, Biden grappled with a record-high number of attempted border crossings, which has become an attack line for anti-immigration Republicans in the run-up to the Nov. 8 midterm elections.

While a COVID-19 public health order in place at the border allows officials to rapidly expel most people who cross illegally, thousands are still entering the country to pursue immigration claims. Adult asylum seekers will be among the several hundred migrants in the house arrest pilot program, which will be tested in Houston and Baltimore, according to an ICE memo recently sent to lawmakers and seen by Reuters.

Immigrant rights advocates contend ankle bracelets and other forms of monitoring are expanding surveillance of immigrants without significantly cutting back detention.

The Biden administration is repurposing the federal government’s three family detention centers to hold only adults, the ICE memo added. But two of those facilities in Texas are managed by CoreCivic and GEO Group, which will continue to run them.

“It’s a step in the right direction,” said Jacinta Gonzalez, a campaign organizer for Mijente, an immigrant advocacy organization. “[But] the idea was for them to close down, not for them to shape shift.”

The Legacy Of Iconic Singer Miriam Makeba And Her Activism 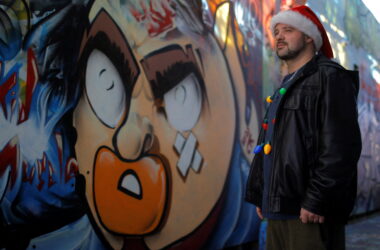 U.S. Cities Try New Way to Help the Poor: Give Them Money

Spurred by the coronavirus pandemic, dozens of U.S. cities are deploying a new tool in their war on…
Read More 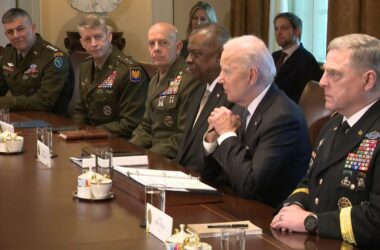 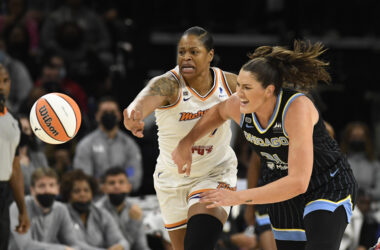