A sad day for NFL fans as Marlin Briscoe, the first starting black quarterback in the NFL, passed away on June 27, 2022 after a bout with pneumonia. A gifted athlete from Omaha, Nebraska, Briscoe was a star quarterback for Omaha University before the Denver Broncos drafted him as a cornerback in the 14th round in 1968. When drafted, Briscoe told the team he’d return home to become a teacher if he couldn’t get a tryout at quarterback. Denver gave him a chance, and he made the team as a backup quarterback. Nicknamed “The Magician” Briscoe got to see his first action on the field when he came in a game as a reserve against the Boston Patriots on Sept. 29, 1968 and nearly rallied the Broncos to victory. He earned the historic first start a week later.

Briscoe started five games that season. He was runner-up for AFL rookie of the year after passing for 1,589 yards and 14 touchdowns and rushing for 308 yards and three scores.

Denver didn’t give Briscoe a chance to compete for the quarterback job in 1969 and did not offer an explanation, so Briscoe asked to be released. The next season he signed with Buffalo Bills as a wide receiver. James Harris, another black quarterback who played college football at Grambling State under the legendary Eddie Robinson, was Briscoe’s roommate with the Bills in 1969, and Briscoe helped Harris become the first Black quarterback in the AFL to open a season as a starter.

Briscoe earned a trip to the Pro Bowl as a receiver for Buffalo in 1970 and won two Super Bowls as a receiver with the Miami Dolphins. He was on the undefeated 1972 Dolphins team. Throughout the years after his retirement, Briscoe stated on multiple occasions of how he was disappointed at losing his starting job with Denver, with no chance to compete for it.

He was an early influencer of other athletes, with many black quarterbacks who followed in his footsteps.

Marlin Briscoe’s story shall be told in the upcoming Premo Originals docuseries, “QuarterBlack”, which is premiering in February 2023. After More Than A Century Of Trying, Congress Passes An Anti-Lynching Bill

Over the past century, more than 200 anti-lynching bills have been introduced to Congress without any success. Now,…
Read More 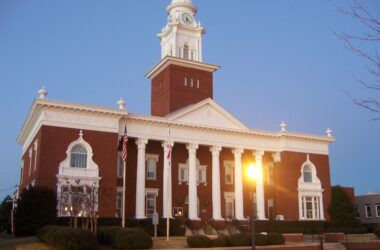