Law student Rochelle Ballantyne is inspired by her grandmother and hopes to be a beacon for her 10-year-old sister as she pursues the title of chess master. Rosanna Philpott reports.

“I am close to becoming the first African-American female chess master.” Law student Rochelle Ballantyne has a current chess rating of around 2000, which earns her the official title of chess expert.

To become a chess master, players must reach the magic number of 2200. “It is obviously not easy to become a master. I’ve been trying to get it for, like the past 10 years. But if I do it, I’ll be the first. As a teen her chess career was captured in a documentary.

Ballantyne was the only female star of the 2012 film “Brooklyn Castle” about young chess players at a low-income New York school. “I started playing chess when I was eight or nine years old. My grandmother taught me because she thought I was a really rowdy kid, and she thought chess would be a good way to sort of calm me down.”

A decade on, Ballantyne is still chasing the dream while going to law school at New York University, holding down three jobs and interning for the NAACP Legal Defense Fund. She’s also set up a GoFundMe to help with travel and tournament expenses. The points she needs are earned from playing in tournaments.

According to the executive director of the St. Louis Chess Club, Ballantyne’s well on her way. And her consistent performance makes it likely she could claim her prize by June. She says being the first African-American female chess master will be even more important given the frequent racism and sexism she’s encountered in the chess world.

“It’s never just been about chess, like I don’t stop being Black once I sit down at a chess board. Especially when I was younger, like when people would tell me that I don’t belong in this tournament, am I lost? There’s so many more Black girls, little Black girls playing chess now, and it’s so cool to inspire them. It’s an honor to inspire them for them to see that there are other Black girls playing in this male-dominated, very White sport.” 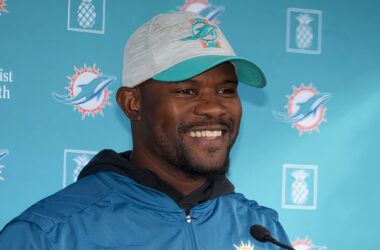